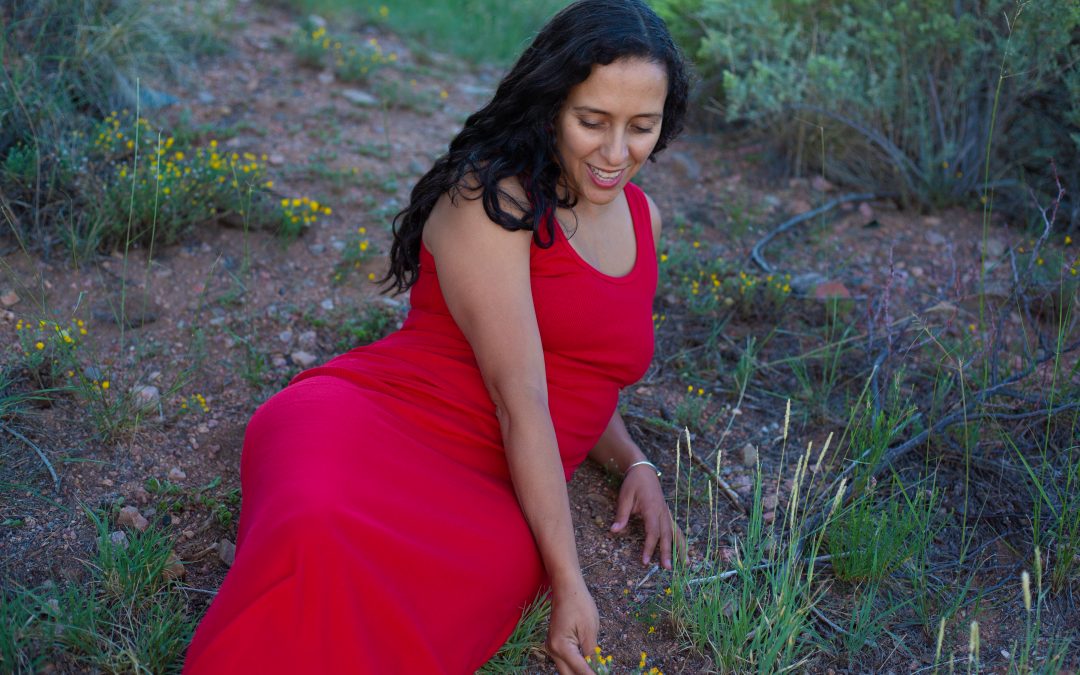 Chamán is a bilingual singer, songwriter, and musician.

She is the daughter of the Chihuahuan desert, born to Chicano movement activist parents, and granddaughter and great-granddaughter of working-class pianists, singers and poets.

Her ancestral roots straddled life on both sides of the US-Mexico boundary and her life, music and art was shaped by the multicultural influences of the El Paso/Juárez, borderlands.

It all began for Chaman on the lap of her grandparents’ weekly gatherings of family music and poetry performances including original and traditional Mexican folk music. Her passion for activism inspired by the rights of immigrants, women, and garment workers, led her to co-found the political Latin-cumbia ska band Fuga! alongside her brother, Kiko Rodriguez, and additional border musicians.

She served as songwriter and lead singer during the Fuga’s 10 year tenure, which included two albums, multiple tours throughout the US and Mexico, as well as a robust following in the San Francisco Bay area… where their border sound spoke to immigrants from around the world.

Chaman’s dedicated study of meditation and self-development is also a powerful force in her creative endeavors.

As a result of these diverse influences and experiences rooted in culture and truth-telling, Chamán embraces songwriting in diverse genres and in both English and Spanish, inviting audiences with haunting, layered vocals and captivating musical arrangements to step into heart-centered, fearless growth and collective power.