Tania Glenn was born and raised in the US-Mexico border town of El Paso, TX to Cecilia Rodriguez and Guillermo Glenn. She was nicknamed Chamán affectionately by her family. She had the unique experience of being immersed in bilingual culture, art, and music. Her grandmother had trained as a classical pianist, but was an admirer of performers like Pedro Infante, Agustin Lara, and played a range of traditional Mexican music. Her grandfather was a singer, and together her grandparents would often gather members of her family to play and perform in a family-style fandango every Sunday. The border environment also introduced Chamán to performers like Juan Gabriel and Maldita Vecindad but growing up in American culture inspired a love of American classics such as Billie Holiday, Aretha Franklin, and The Beatles. With these diverse influences Chamán does not limit her music to one language nor does she limit her ability to step out into different genres.

She began singing traditional Mexican music with her grandmother when she was three years old and she learned guitar by the age of 12 to facilitate her songwriting abilities. Her parents were activists who encouraged her political leanings, leading her to participate in several youth groups that promoted the rights of immigrants, female garment workers, and women’s empowerment. By the time she was 18, she became the lead frontwoman for the highly political and unique Latin cumbia-ska band named FUGA, writing and singing original songs in collaboration with her brother Kiko. She completed several tours throughout the southwest and Mexico and two albums with them. After 10 years of touring, Chamán decided to take a break in order to raise a family and pursue her other interests; mindfulness, yoga, and martial arts. These pursuits would help with the anxiety she began experiencing from living a musician’s unpredictable lifestyle. She lived in Thailand for 5 years at a retreat center where she delved deeper into these practices. Upon returning to the United States with her new family she lived in the Bay area for a few years while enjoying playing music with different groups until finally deciding to move to New Mexico.

In the last few years, Chamán has pursued her love of music, women’s empowerment, and mind-body techniques. She has grown in her abilities as a songwriter and as a teacher of music and mind-body movement. She is currently working on writing/producing her first album in English while teaching children and adults guitar, piano and songwriting. She is the director of the artist’s collaborative Las Almas Collective which seeks to promote women’s empowerment through Latino culture and music. 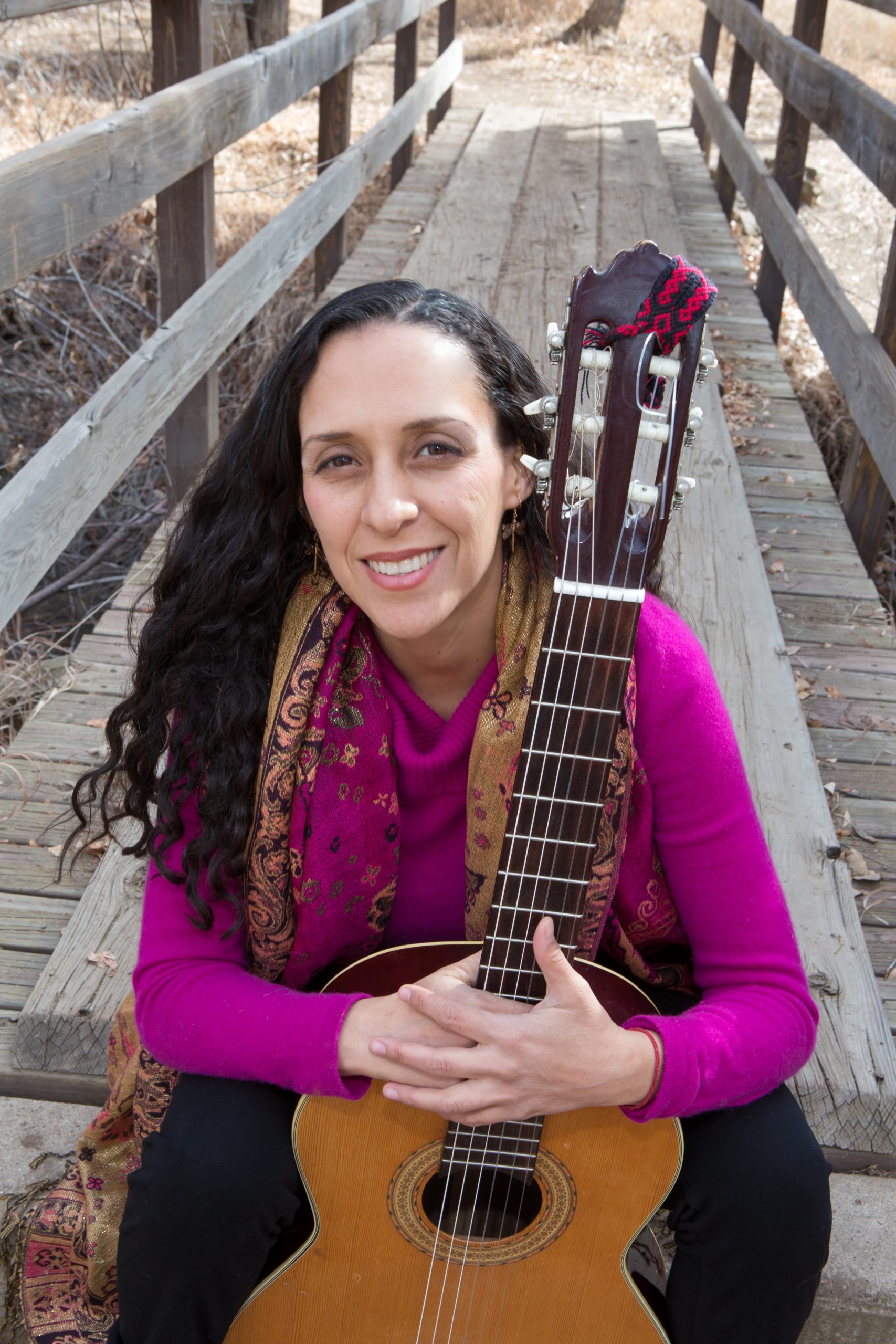 For booking and other business inquiries, please complete the form or directly contact management: